Nowadays, tires are high-tech products. The tire curing process poses specific challenges, such as reducing the build-up of fouling in the mould or facilitating the demoulding process.
At the same time, the highest level of quality is demanded by customers as well as by testing institutes and state regulatory bodies.

In a context of heightened international competition, the entire production process must run effi-ciently and cannot permit any quality compromises to be made anywhere: Process aids and indi-rect materials must be maintained without any impact on the product.

Historically, conventional mould release agents – also known as sacrificial release agents – were applied onto the mould surface. Although these release agents offer adequate slip and chemical properties, they transfer to the moulded part – creating optical tire defects and negatively influ-encing post-moulding operations (adhesion etc.) – and must be reapplied after each moulding cycle. This results in extremely time-consuming cleaning processes of the tire after moulding and requires additional time for mould preparation in between moulding cycles. Due to high touch-up frequencies, the mould was often observed to suffer from high mould fouling as a result from release agent deposits as well as sticking and/or blocking of so-called spring vents.

Semi-permanent release agents generally contain active, cross-linkable components that are emulsified into water or dissolved in solvents. After application onto the previously thoroughly cleaned mould surface, a micro-thin, but highly-resistant film is formed on the mould, providing a high number of releases. Regular refreshments of the release agent film ensure an optimum re-lease performance. The frequency of refreshment depends for the most part on the process conditions: tire type, curing time, mould type etc.

This major characteristic of semi-permanent release agents allows for a more continued produc-tion without permanent interruption for release agent application.

Furthermore, a mould contamination due to depositions of pigments, resins and other compound ingredients is significantly reduced with the use of semi-permanent release agents, thus enabling not only a reduction of the non-operation periods and of the cleaning costs, but also helping to extend the overall mould lifetime.

MK-222 and MK-529/11 are water-based semi-permanent mould release agents commonly used in the production of any type of tires. Both products are environmentally friendly, VOC-free and present no fire hazards.

Thanks to its excellent slip properties, Release Agent MK-222 enables a particularly quick and easy demoulding of the cured tires, while MK-529/11 provides an extremely stable long-lasting release film preventing transfer of release agent to the moulded part. Best quality of the produced tires is thus guaranteed. Release Agent MK-529/11 is ideally suited for the application in moulds containing spring vents as the bridging and blocking of vents is prevented effectively.

Our water-based semi-permanent mould release agents for tire production have been well-established worldwide for many years.

In conclusion, release agents are an indispensable part of many modern production processes. As an auxiliary material, they contribute to efficiency and effectiveness within the scope of pro-duction – their actual value is however frequently underestimated. Although release agents were merely a necessary measure at one time to prevent mould sticking, today they increase produc-tivity, accelerate the entire process, ensure perfect product quality and increase the service life of the machinery involved.

Münch Chemie International GmbH, thanks to its customer and market proximity as well as its high level of innovation, has succeeded remarkably in developing and offering tire manufacturers highly-efficient water-based semi-permanent mould release agents which enable an easier demoulding process and a reduction of mould fouling, thereby allowing an increased overall productivity. 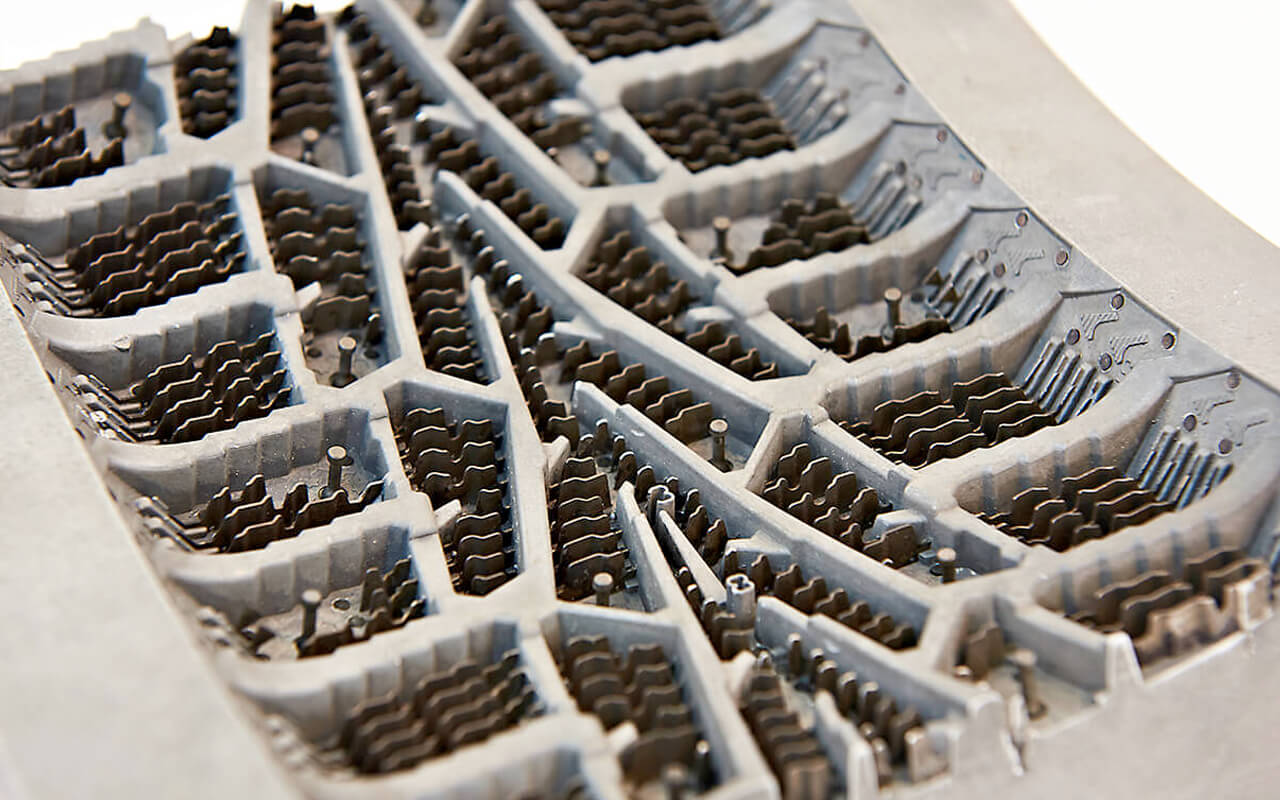